FILM ABOUT A FATHER WHO 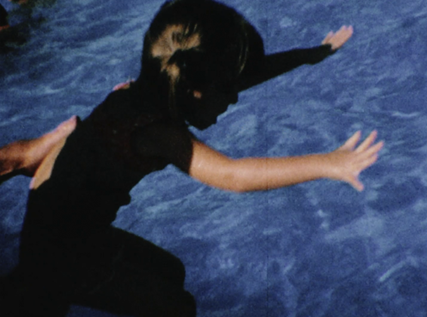 From 1984 to 2019, Lynne Sachs shot film of her father, a bon vivant and pioneering businessman.
This documentary is her attempt to understand the web that connects a child to her parent and a sister to her siblings. With a nod to Cubist renderings of a face, Sachs’ exploration offers simultaneous, sometimes contradictory, views of one seemingly unknowable man who is publicly the uninhibited center of the frame yet privately ensconced in secrets.  As the startling facts mount, Sachs as a daughter discovers more about her father than she had ever hoped to reveal.

"Sachs achieves a poetic resignation about unknowability inside families, and the hidden roots never explained from looking at a family tree."

"The countless discoveries that Sachs artfully reveals throughout the film are enough to satisfy, with a remarkable final twist that will take your breath away"

"Remarkable for its terrific synthesizing of the wealth of archival material. Given the breadth of the narrative span, it’s extraordinary that the director fits the story into a compact length of just 74 minutes, yet, masterfully, she does."

HAMMER TO NAIL • by Christopher LlewellynReed

"When you dig deep enough into family histories, they can seem like an unending chain of cruelties suffered and inflicted in turn, but Lynne Sachs’ spirit of intelligent compassion lights up the film, giving voice to the anger and pain, but also providing the space and distance needed to recover from it."